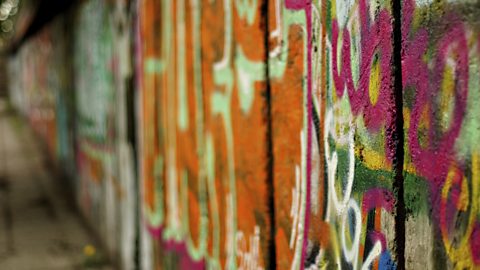 BBC The Cultural Frontline – Artists and the US travel ban

A Syrian artist reacts to Trump’s recent travel ban, and refugees rap and create theatre in Berlin’s Tempelhof refugee centre about the difficulties of feeling accepted by Germans. Listen here.

In Hamburg, Germany, a pioneering radio station hosts “Refugee Voices”, a programme where refugees from all parts of the world and with different immigration statuses can talk about their experiences and hopes. “Nobody asked me what is my experience, my job, in Afghanistan,” one refugee tells this BBC World Service documentary. “OK, there are a lot of refugees coming here, but we want to be the voice of refugees, not talking about refugees.”

BBC Radio 4 – Dying for a Song

Rex Bloomstein hears from musicians from around the world about how they have been persecuted for raising their voices against political, cultural or religious repression. China, Turkey, Iran, Russia, and Egypt top the list of countries which repress musicians – “because music is so powerful,” says one guest. “The power of music is that you can unite so many people, they can be used in demonstrations, and give people something in common. You don’t go out and shoot people who are singing. That is why governments are afraid of music.”