The GAPA Board is the backbone of what you see and experience at GAPA! Jasmin and Wanda jointly make all decisions in accordance with the Austrian law, and work voluntarily. 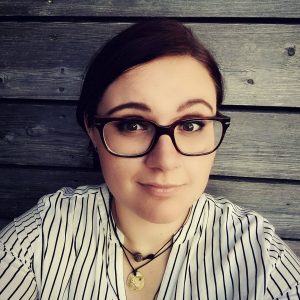 Wanda co-founded GAPA in 2015. She holds an MSc in Political Sociology from the London School of Economics and is currently writing her thesis for an MSc in Social Justice and Community Action at the University of Edinburgh. Wanda works full-time as a political scientist and public relations officer at a human rights institute in Austria.

Forever rootless, she considers herself a wanderluster, curious mind and revolutionary at heart. The world is her playground, where she enjoys the simple things in life: a tasty cup of coffee, a random but inspiring encounter, or a wild session of ukulele/guitar jamming with friends.

Wanda is either found at airports/train-stations, or behind her particularly organised desk, where she tries to figure out pragmatic ways to fix the small things (like the GAPA website) and the big things (overthrowing the capitalist system). She spends her free time traveling, on stage with her local theatre group, or freelancing. She is a regular contributor to the ETHOS blog and to CQ Net – Learn what matters. 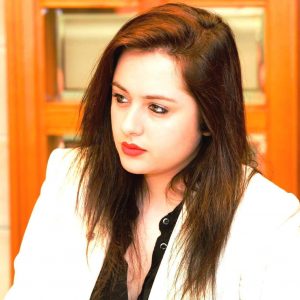 Ms. Diab is a Canadian-Lebanese researcher, author, manager and consultant in the areas of International Affairs, International Law, Migration and Refugee Studies, and Human Rights. She is the Editor of The International Journal for Arts and Politics, a journal published by GAPA. She also heads the GAPA Think Tank and coordinates all academic activities and outputs.