Every so often, we like to bring you interviews with some of our favourite new artists. This week, we spoke to Henry Garrett, an illustrator from Bristol, UK. If you enjoy this interview and you’d like to nominate someone for the future, please get in touch!

Bristol born and based, Henry is 23 years old and has been drawing dogs for years, imbuing his sketches with brilliantly wry humour. He was studying towards a postgraduate research (MPhil) in Philosophy, focusing on metaethics and empathy, until he had to suspend his studies due to anxiety. Now using this opportunity to channel his energies into a very different interest, Henry is turning a longtime pastime into a cardmaking business called Drawings of Dogs.

We spoke to Henry about what inspires him, why humour isn’t always effective at conveying a message, and about why his is possibly the most-photographed dog in the world…

GAPA: What was the inspiration for Drawings of Dogs? Where did it all begin?

Henry: It began whilst procrastinating for my undergrad finals. I’d been drawing dogs since A-level art and had done a couple of cartoons for friends’ and family’s birthdays. I just tried posting a couple with absurd captions on Facebook and they were well received and I enjoyed it so I did more. Drawing is therapeutic because I consider myself kinda crap at it.

Henry: The most basic reason is that I love dogs. I begged for a dog for years and my parents got me Billie when I was 15 and missed a year of school due to ill health. Their idea was to give me a bit of company and a reason to gradually build up my exercise and sort of re-engage with the world. And it worked. And she’s the most drawn/photographed dog on Earth and a trusted friend and advisor.

But if I was going to get more art-talky I’d say dogs are an interesting subject for art because they reflect us in a really interesting way. Depending on who you ask we either domesticated or coevolved with dogs, but regardless we’ve been selectively breeding them for a long time. And unlike other animals we do this with – usually for food – we’ve bred dogs to be colleagues and companions. And so you can look at dogs and see what it is that we’d want in a friend. We laugh at dogs for being so needy but dogs are so needy because we bred from the needy ones because they were our favourites because we want to feel needed.

Alongside that, dogs, like us, sometimes struggle with contemporary society. They’re little anxious, needy wolves and they sometimes find the little niche we’ve left them difficult. But bear in mind wolves aren’t anything like how they’re often villainously portrayed.

Henry: To be honest I’m sceptical about the power of humour to change things. I think it tends to be that someone will only laugh at a joke that they already sort of believe in the message of. I also think that cynicism is easy. I love it when someone makes you laugh in a less cynical more optimistic kind of way. If you want to know what I mean look up the cartoons of Liz Climo (though you’ve probably already seen them). Like it’s way easier to write a dystopic than a utopic novel. And so I’d like to do some uncynical art. 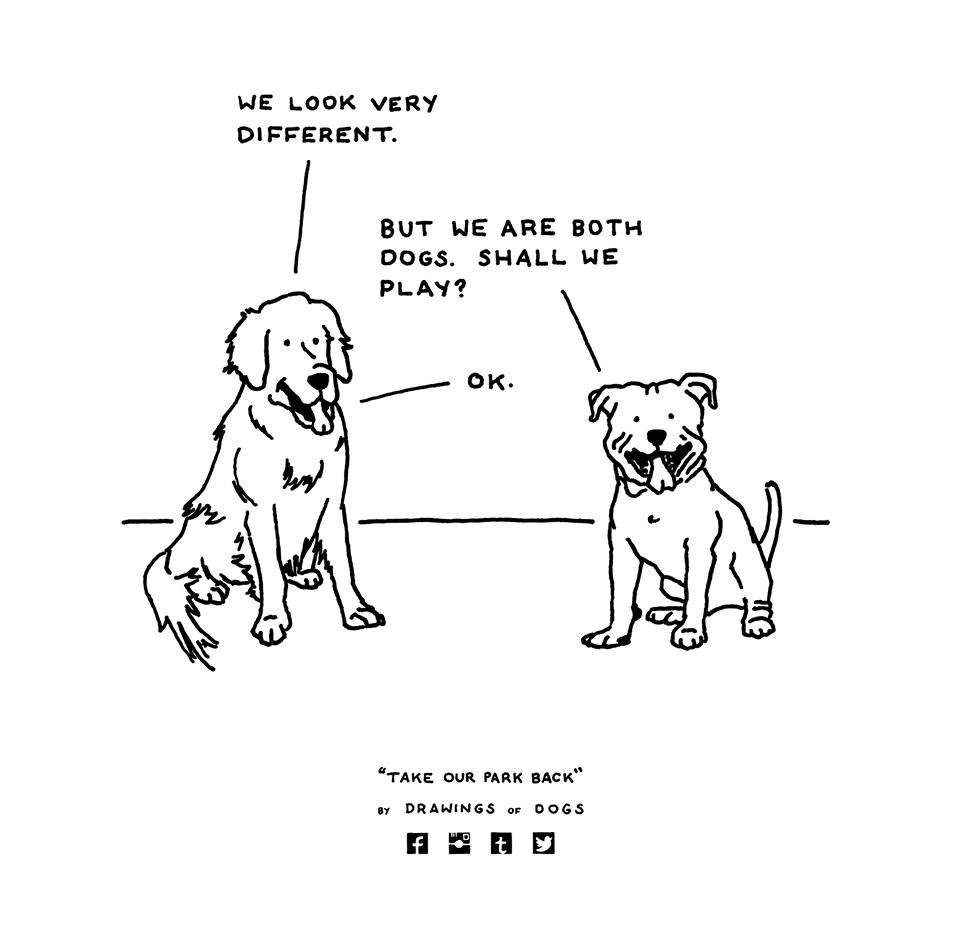 GAPA: Your post-Brexit drawing had a particularly wry political message which resonated with lots of people. Do you consider your work in general to have a political element?

Henry: With that one I was just thinking about how some dogs just don’t notice other dogs’ physical appearance at all, they just see another dog they want to play with. It’s overly-simplistic but we need that sometimes. Platitudes are platitudes for a reason.

Political isn’t a label I’ve aimed for but when something is on my mind I’ll try to think of a joke that expresses some aspect of my thoughts around it.

I did philosophy because I wanted to write something that gets people to be slightly nicer to one another and maybe I sometimes try to do that in a very minor way with my drawings as well. 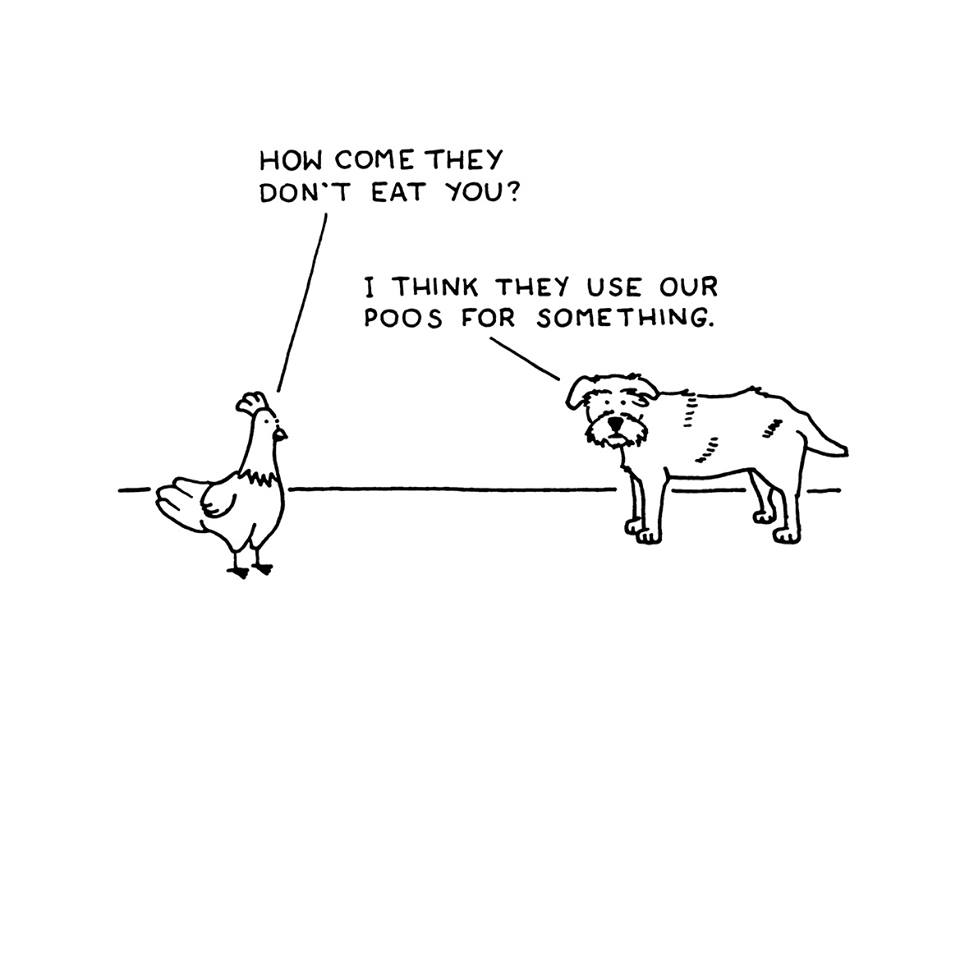 GAPA: You’ve just started to make greetings cards from your drawings, and you print them yourself. What’s the process with that?

Henry: It’s called screen printing. It’s completely fascinating and awesome and I learnt it from youtube. It’s the same process Andy Warhol used to produce the Marilyn Monroes and loads of his other work. If you do it as a photoemulsion process it basically allows you to take a photo and turn it into a super detailed stencil that sits on a really fine mesh. That’s called a screen. Now I’ve made the screens it’s a manufacturing job. I use a squeegee to push ink through the screen onto card. I then score and fold the card, chop its corners, and put it in a cello bag with an envelope. It’s mindless but incredibly enjoyable. And then it becomes a sales task, which is terrifying obviously.

GAPA: What’s your long-term aim with Drawings of Dogs?

If you’re interested in purchasing Henry’s cards, follow him using the social media accounts above! And if you’re lucky enough to visit Britsol, head to The Watershed where Drawings of Dogs cards are for sale.