A weekend of artivism in Paris with the WeVibes Festival 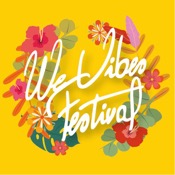 From dreaming of organising a festival to getting major artists, organisations, and a prestigious venue to work with them, the team behind the WeVibes Festival held in Paris, France have come a long way. As students and young professionals starting out their career, they have managed to put music, passion, and ethical awareness at the heart of their project.

The WeVibes will be taking place in Paris on September 24th and 25th. Activists from Greenpeace and artists like Shake Shake Go, Zimmer, Cézaire and many more will play in the small venue of La Flèche d’Or.

Meeting Anselme, the Programme Head of the festival, GAPA had the opportunity to get a better grasp of the work behind such a project and the importance of environmental awareness in the arts.

How did the team come up with the WeVibes project?

Anselme: The idea of creating a festival goes way back. We dreamt about it for years and one day we just thought: “Why not do it for real?” And that was it. We have had other students believing in the project, trusting us and joining up, and now we are just like one big family who is trying to make this dream a reality. We wanted the festival to be environmentally-friendly, including in its set-up, because we think sustainability is the future for us and everyone. We had the incentive of showing what we were capable of, so we designed a team of young professionals who demonstrated their skills in their respective areas of expertise. In this way, the WeVibes Festival became a collaborative project. Our passion for music and team work has been crucial all along the development of the project.

We dreamt about it for years and one day we just thought: “Why not do it for real?”

What’s the point in organising an environmentally-friendly festival today?

Anselme: In 2016, there are other festivals that share our vision, especially in Paris. But we thought we would create an original project and we did not want to be like any other. So how is our project different? Being environmentally-friendly during the festival itself, but also during its set-up. We want to have a minimal environmental impact. We haven’t used any flyer, or any poster to limit paper waste. The artists playing at the festival will be hosted a few steps away from the Flèche d’Or [i.e. the concert hall hosting the festival] to reduce carbon impact. Every product sold during the festival will be organic. The artist playing at the festival is meaningful as well: each of them advocates environmentally-friendly values or is an activist in political causes in line with the project.

You organised a crowdfunding to fund part of the festival. How important was this choice for your team?

Anselme: Our project rests on two main pillars: environmental friendliness and collaboration. That’s why crowdfunding was an obvious choice when raising money, in addition to organising previous smaller events. Our crowdfunding campaign has been a success and we gained substantive engagement from many people! We want our festival to be a project shared by everyone: not only the project of our team, but also that of its audience!

“Music is everywhere, all the time. Silence itself can be seen as music in itself.”

What’s the relation between music and nature, in your opinion?

Anselme: In an indirect way, nature and music have always come together as one. Defining music is difficult, it can be the flow of a river, the song of a bird, the sound of the wind… To each its idea of what music is. Men have, throughout the ages, attempted to reproduce the sound of nature through the creation of instruments or with their own voices. Music is everywhere, all the time. Silence itself can be seen as music in itself. Nowadays, environmental advocacy is uniting more and more artists. The relation between music and nature can be varied: it can be made through song writing, in the visual part of an artistic world, in choosing specific material in their creations… The artistic world of a musician can be vast, and he can choose to engage with nature in the way he wishes.

In 3 words, can you convince me to come to the WeVibes Festival?

We Vibes Together / Energy – Emotion – Discovery / Find yourself Together: You can choose your own motivational punchline!

The festival is coming up soon. What’s next?

We want to repeat the festival in the following years, to get bigger and to draw more people in and widen our impact. We want the WeVibes Festival to become an annual meeting for everyone who shares our vision!

Fancy getting involved in an environmentally-friendly project in September? Join in! Tickets are still available at wevibesfestival.fr/billetterie/ You can also follow them on Facebook