This month, GAPA meets Alice de Soultrait, a young French woman who worked with Al Rowwad, an arts and cultural society based in a Palestinian refugee camp in Bethlehem, West Bank. Aida camp is shielded on one side by the separation wall, and contains 6,000 Palestinians, two thirds of them under 20 years old.

Abdelfattah Abusrour created Al Rowwad in 1998 for young people to escape the everyday ugliness of their surroundings. Using theatre as its main medium, but also providing classes of dance, painting, photography and digital, Al Rowwad is standing for a ‘Beautiful Resistance’. Its purpose is to prevent violence and terrorism acts in the camp through art as an educational tool. The ‘Beautiful Resistance’ is a non-violent movement that aims to stand against the oppressive occupation by preserving Palestinian culture and heritage. For three months, Alice ran a theatre course composed of eight teenagers aged 10 to 14 which led to the creation of the piece ‘La Reine des Visages’ (‘The Queen of Faces’). 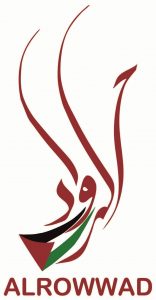 How did you hear about Al Rowwad and what were the reasons that drove you to work with them?

I heard about Al Rowwad through Bridge My World. It is a start-up that connects students who wish to get involved in humanitarian organisations to societies throughout the world which lack visibility and in need for volunteers. I had a three month internship to do for my business degree with the following instructions: ‘to implement an entrepreneurial project for social purpose involving local actors in a foreign country’.

With my Bachelor in Fine Art, I wanted to get to work for a cultural society. The social purpose was of particular importance to me as my wish was to go to a place where people would need arts the most. When I heard about the artistic mission sustained by Al Rowwad, in a country torn apart by violence, I found a sense to my project. 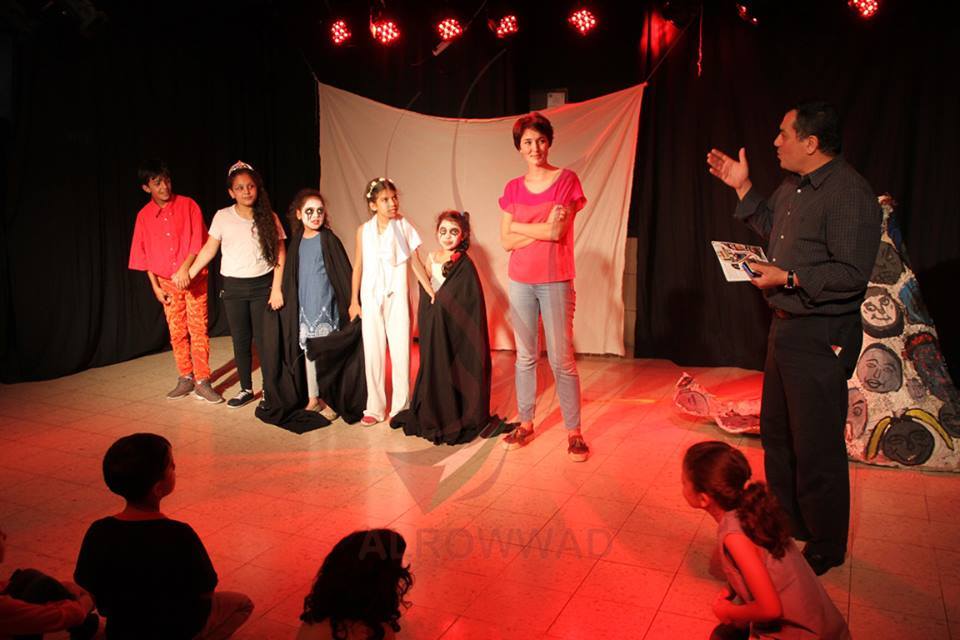 How did your background in painting help you devise the piece ‘La Reine des Visages’?

Devising a piece of theatre even though I had no previous experience in this field was obviously one of the tricky points of this project. There are luckily some interrelations that link the different art mediums. I think that no matter the artistic background, artists always have some tools to apprehend other genres with a particular sensibility. I would actually say that my practice is quite multifaceted. Apprehending this piece from a painter’s point of view led to a peculiar result, crossing borders of different genres: there was some painting, some music, and also some rap songs that we wrote together with the group of teenagers.

I did not want our piece to be political, I was rather aiming for it to offer a time for a pause. How could I better speak than Palestinians about a story that was not mine?

Would you say that the piece you devised was political?

It was actually a real nightmare to find an answer to this question as I struggled myself in defining my position. When I first started, my aim was to create a space for these oppressed refugees to freeing their mind for the time of the piece. Arts have a strong healing power and enhance self-fulfilment. I was willing to work on this idea with any population, and in any country, I did not have any strong opinion concerning the Israeli-Palestinian conflict.

I realised only once there that it is impossible to avoid having a political involvement in a country afflicted by war and where everyone’s identity is defined on the nation’s one. The daily life is all surrounded by the conflict, which is made permanently tangible by the wall, and which is a topic in all conversations. 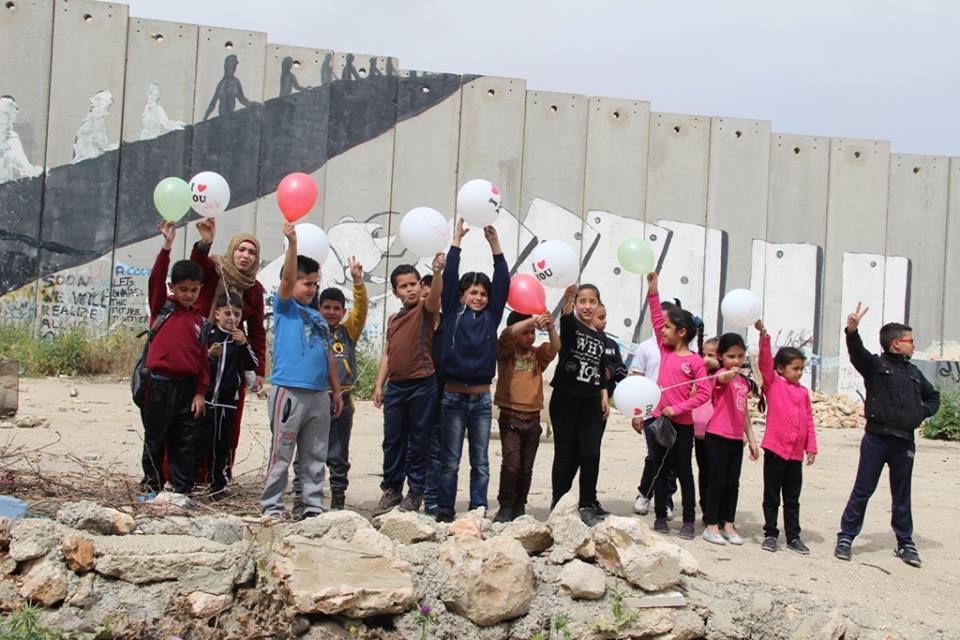 Al Rowwad’s pieces are usually activists and revolve around the conflict in order to raise public awareness. However, I did not want our piece to be political, I was rather aiming for it to offer a time for a pause. How could I better speak than Palestinians about a story that was not mine? This piece had for main goal to enable these teenagers to grow up and dream.

How have people reacted to your work?

People liked our work. The room was so packed that we even had people sat on the floor. It was great to see so many kids and teenagers: a piece made by young people for young people. I think that the general experience was light-hearted. It was a great time of happiness and pride for the performers punctuated by lots of laugh coming from the audience.

What was really striking is that despite my efforts to avoid speaking about the conflict, the piece was actually very political. People who followed this project and were aware of my own doubts in regards to my position, underlined the way the theme of oppression was tackled through metaphors and images. Without any violence or aggressiveness, the conflict appeared as a philosophical tale. The creative process was based on these teenagers’ imagination, we wrote the script together from their fears, concerns and aspirations. Naturally this created a beautiful yet unsettling story, which reflected their everyday lives.

What are the next steps for Al Rowwad?

The next step for Al Rowwad is to expand their structure with a new building opening soon. There are going to be more rooms for dance, theatre, music, photography and digital classes. They are always looking for more funding to carry out this project of bringing peace through art, as well as volunteers. It could be for any length of time, for any kind of project!

If you enjoyed this interview, check out the Alrowwad website and Facebook page. And if you know someone like Alice doing great work in the fields of political art, arts activism, or creativity, tell us!