“Bobos… Colonizers! Enslavers! Capitalists! I’m going to punch them. Hard!” – I am listening to this man talking and laughing to himself while I am shopping in the African neighbourhood of the Parisian 18th district. While his sayings may have come across as crazy talk to the spectators of the scene, the grudge he bore was real and it could find some justification.

“Bobos” are often at stake when discussing gentrification – sometimes, the term gets replaced by its near-synonym, hipster. Though it lacks precision in its meaning and has a politically-orientated content, it seems to represent a blurry group of young, urban, middle class subjects, who keep a close eye on their look and consumer’s choices. Looking for cheap rents and diverse neighbourhoods, they settle in former working-class areas. The underground artistic scenes endemic to these places often form another incentive for the young middle class to move there.

However, sudden transformations in the urban landscape leave their mark on the local artistic scenes; so much so that the change in its aesthetic expression and its main stakeholders is widely notable.

In the last decade, Northern Paris has seen the erection of tall glass buildings and the opening of design furniture and hip clothing shops, as well as cafes and craft beer bars. These are all effects of the gentrification process and are similar to the ones observed in other major cities. One that often goes unnoticed is the transformation of the graffiti scene. 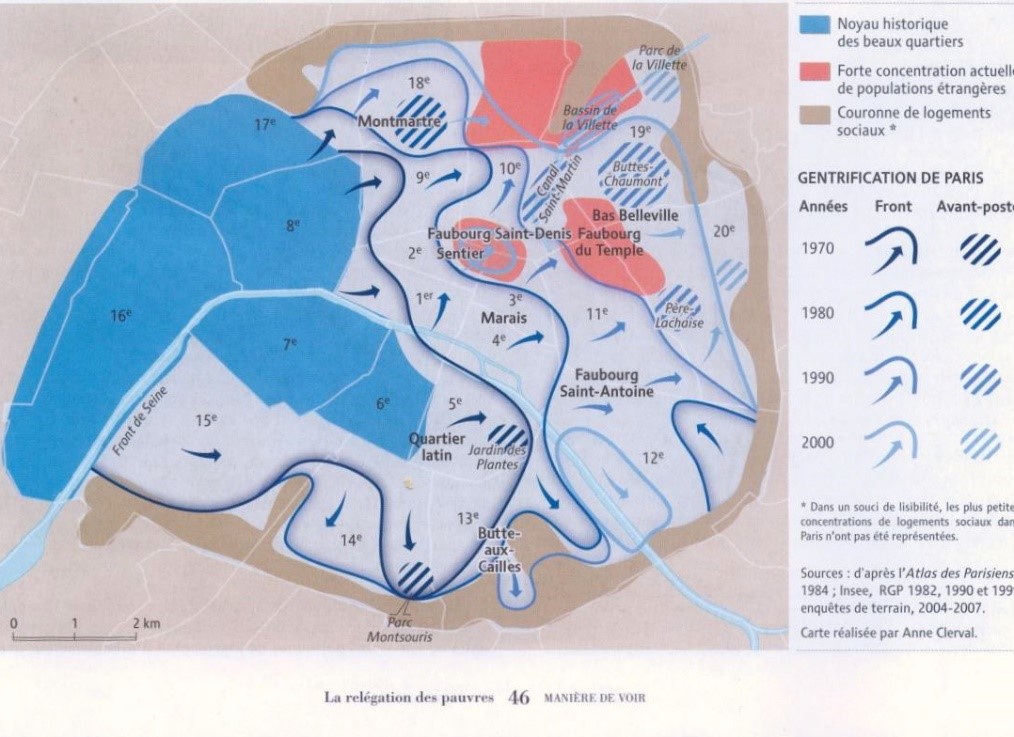 Map of gentrification in Paris

Graffiti has been associated with Northern Paris and the Northern suburbs for decades; it is where hip hop culture has stemmed from historically. While the arrival of a middle class population in working class areas of Northern Paris did not cause the disappearance of the hip hop scene, it has altered its codes and its artists radically.

Graffiti has long been the underdog of art. It used to be despised as much as its artists, and graffiti was considered to be soiling the walls of cities. However, it has recently gained recognition from the artistic community and more widely, from the educated urban population. The acceptance of graffiti has led authorities to select spaces designed for street artists to paint.

Symbolic violence, according to Bourdieu and Wacquant, happens when social subjects who hold more symbolic power than others because of their social prestige

However, the street artists chosen to paint these walls are not identical to the ones who used to get arrested for drawing graffitis on the same walls. They are not the youth of these neighbourhoods, who have learned to express themselves in their own way and to appropriate the places where they lived through street art. The people accredited to paint the walls of gentrified neighbourhoods are trained artists, who come from around the world to paint a unique piece of art. Their training gives them the opportunity to use the pictorial codes of classical art, instead of replicating the modes of expression at the origin of graffiti. Their work is revered by the young, middle class population that is new to the neighbourhood, as it uses codes that are valuable in their eyes. 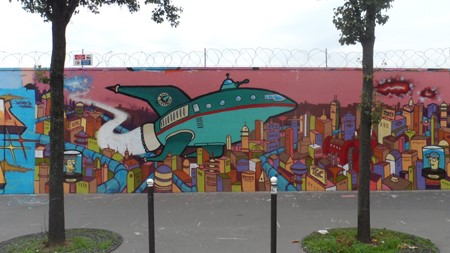 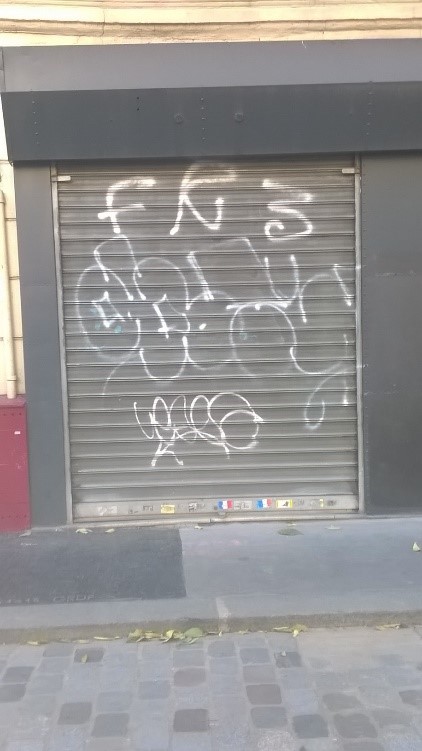 Above: Rue Ordener in Paris (Picture courtesy of blog.juliendugue.com). Below: Montmartre area, Paris Which do you like most? Are they both “street art”?

Therefore, the legitimation of street art works hand in hand with a process of spatial and symbolic dispossession and a small dose of hypocrisy. While the walls of gentrified neighbourhoods used to be the local population’s to manage, their look is now defined by strangers to their community who have much more social power than them, and whose work is valued more than local forms of expression. “Street art” is claiming the space of oppressed communities, while alleging to make art accessible to all.

The issue of dispossession may sound trivial when it comes to graffiti, if it is only considered for its aesthetic value. However, it would obliterate the fact that graffiti is a graphic means of political expression for oppressed communities. Indeed, graffiti is central to the attitude of defiance for young urban working class communities across the world. To them, it means the freedom not to abide by the rules defined by the oppressor and to express themselves in their own way. But the street art that is revered by the new middle class population and authorized by councils has lost its political meaning, and above all, its meaning as a cry against oppression. Therefore, this can be associated with symbolic violence, as defined by Bourdieu. Indeed, symbolic violence, according to Bourdieu and Wacquant, happens when social subjects who hold more symbolic power than others because of their social prestige, alter the categories of thought and the actions of those who have less symbolic power than them.

Street art can be an interesting form of expression under certain conditions. In Northern France, in a poor area near where I was born and where I have done sociological research, the sight of graffiti is common. It is often done by locals and, most of the time, is limited to a few words rapidly painted on naked walls, in a single colour. Recently, however, a few legitimate “street artists” have come to paint a few walls, and they have been welcomed with pride by the neighbourhood dwellers as a sign of prestige. But they have not staked claims on any space: they have worked with locals and they have not invaded every naked wall of the city with their paintings. Exchange, community work, and parsimony should be primordial in street art. And street artists should always keep one thing in mind: underground artistic scenes are, unfortunately, a factor leading to the gentrification of working class neighbourhoods (among many others).

Then, in gentrified neighbourhoods, resisting the pervasion of local culture means deviating from the rules imposed upon it. It means drawing graffitis outside accepted zones, fighting back against gentrification through artistic means, and re-establishing graffiti as a tool of social protest. 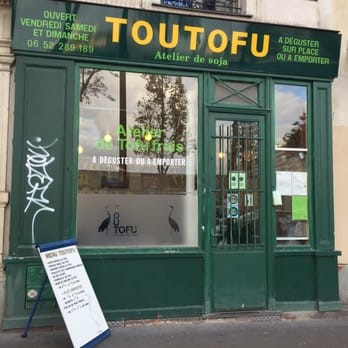