Apart from its rich history and culture, Venice is known for its large-scale important international events, such as Venice Biennale, or Venice Film Festival. However, it also continuously hosts a lot of smaller, but no less interesting events and festivals. One of them, Lo schermo dell’arte (which can be translated as Art Screen), took place in Palazzino Grassi in Venice from the 2nd till 5th of March. It was the fourth Venetian edition of the film festival, originally  created in Florence in 2008.

This festival gives a chance to see not only the mainstream films about your favourite artists or maybe to discover some new names, but to meet the film directors and ask them the questions you are interested in and just to spend a time in a good artistic ambience. 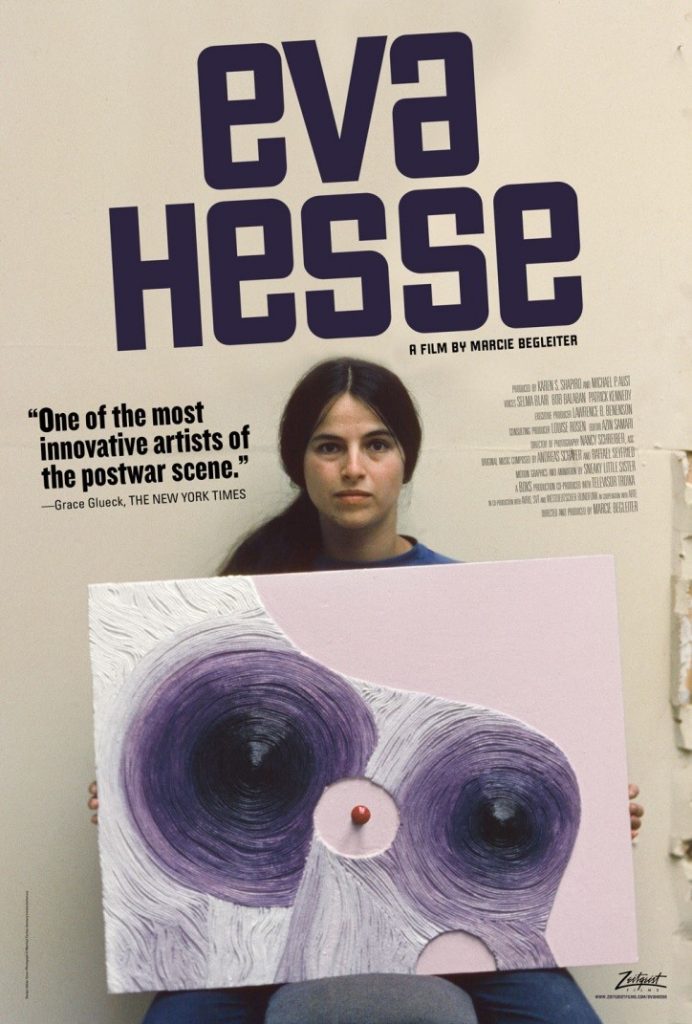 This year’s edition opened with a documentary film by Marcie Begleiter, about a German-born American artist Eva Hesse. Her life story turns out to be very powerful and emotional.

She was one of the few women recognised as central to the New York art scene in the mid- and late-1960s, and she was constantly protesting against that gender division, emphasising that first and foremost is that she is an artist, without specification “female artist”.  She is known for her pioneering works in materials such as latex, fibreglass, and plastics. During her tragically short life (she died when she was only 34 as a result of a brain tumour), she had over 50 group and solo shows and was even chosen for a cover article in ArtForum Magazine.

Now her works are held by many important museum collections including the Whitney, MoMA, the Hirschhorn, the Centre Pompidou in Paris and London’s Tate Modern.

Not only does the film deepen the understanding of this extraordinary artist in terms of her innovative works, but it traces her life story and the tragedy that inspired her to create. It also gives a comprehensive overview of the creative community of 1960s New York and Germany.

Even if you are not a fan of Eva Hesse, I highly recommend this documentary, and I am sure, this story won’t leave you emotionless.