“Critical art is an art that aims to produce a new perception of the world, and therefore to create a commitment to its formation. There are three stages: the production of a sensory form of “strangeness”, the development of an awareness of the reason for that strangeness, and a mobilisation of individuals as a result of that awareness” – Jacques Lancière (Dissensus: On Politics and Aesthetics, 2010)

On Wednesday 20 July, a small group of people gathered on cushions, beanbags, and squidgy armchairs to nibble on hummus and play musical instruments in a hideaway café above a busy London intersection.

But they weren’t there just to relax – in fact it was the first event of the Global Arts and Politics Alliance (that’s us!). And we were thrilled with how the event went.

Much of the conversation centred around the role of art activists: how do we even define ‘artists’? Is there any such thing as apolitical art? Do artists have a social responsibility? What kind of events prompt bursts of art activism? Does making political art always imply being an art activist? How can “radical anonymity” – like the kind practised by Guerilla Girls, for example – lead to a greater consciousness of social issues, and a move away from the glory and mainstreaming associated with commodified art? 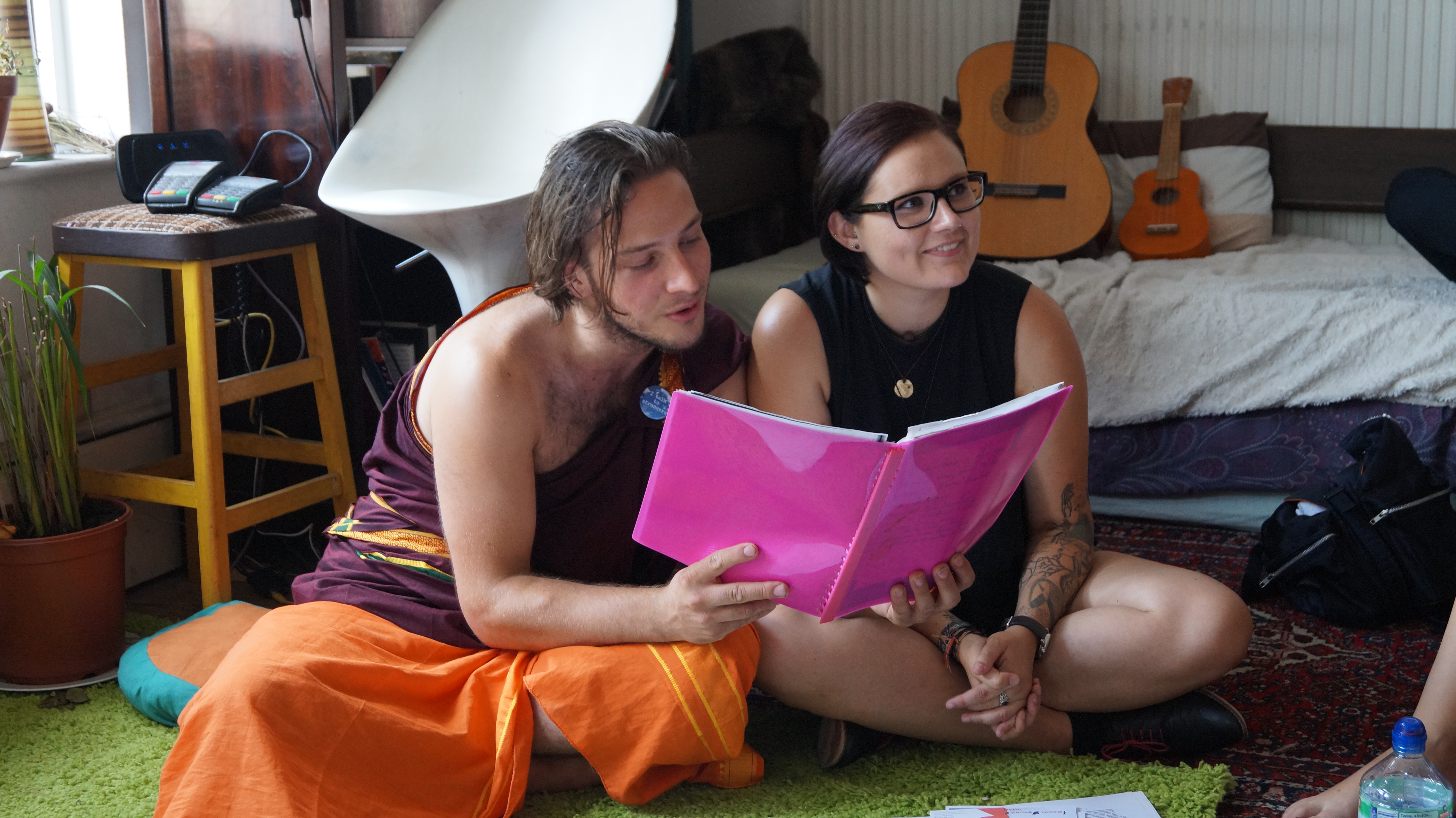 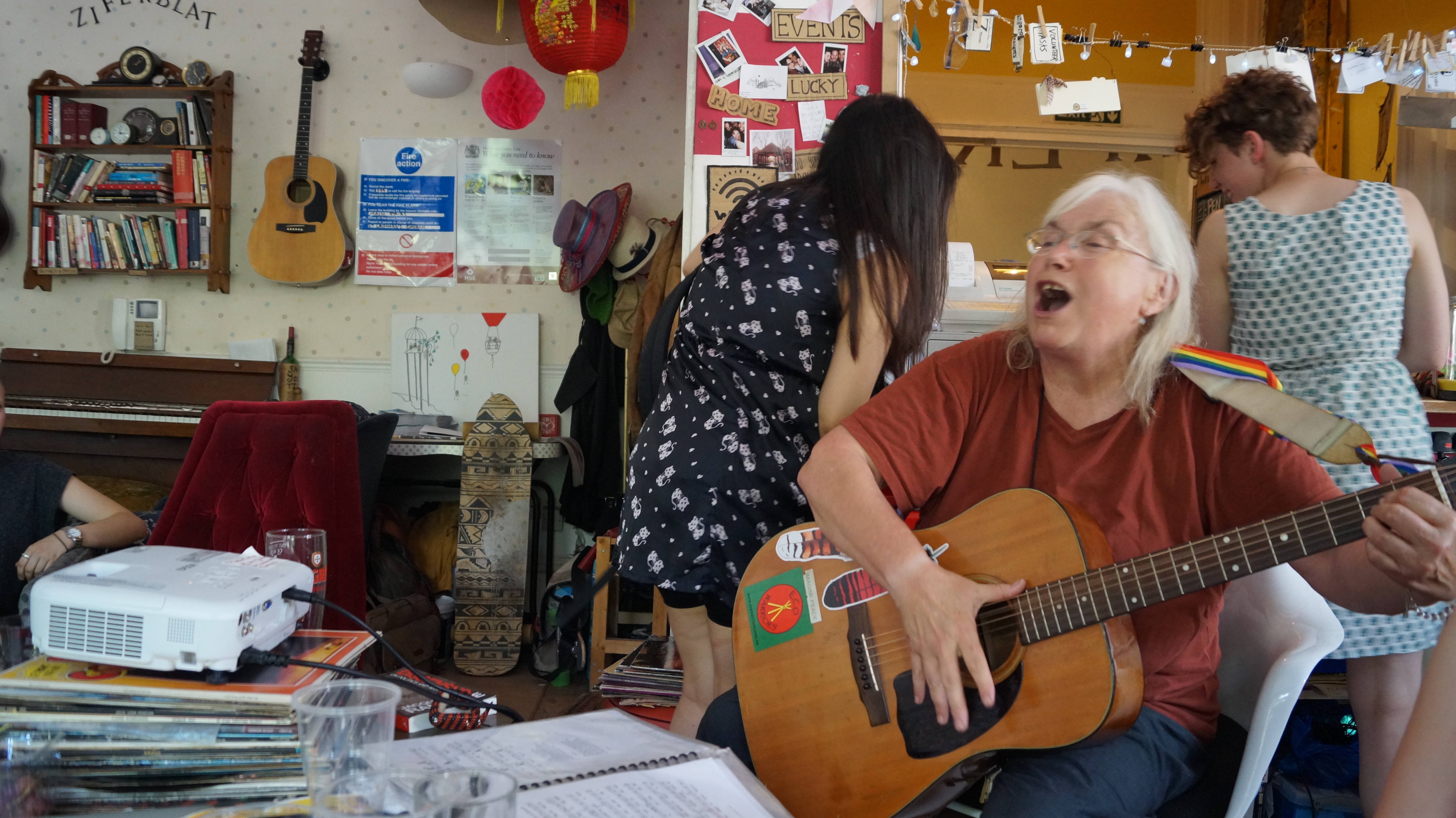 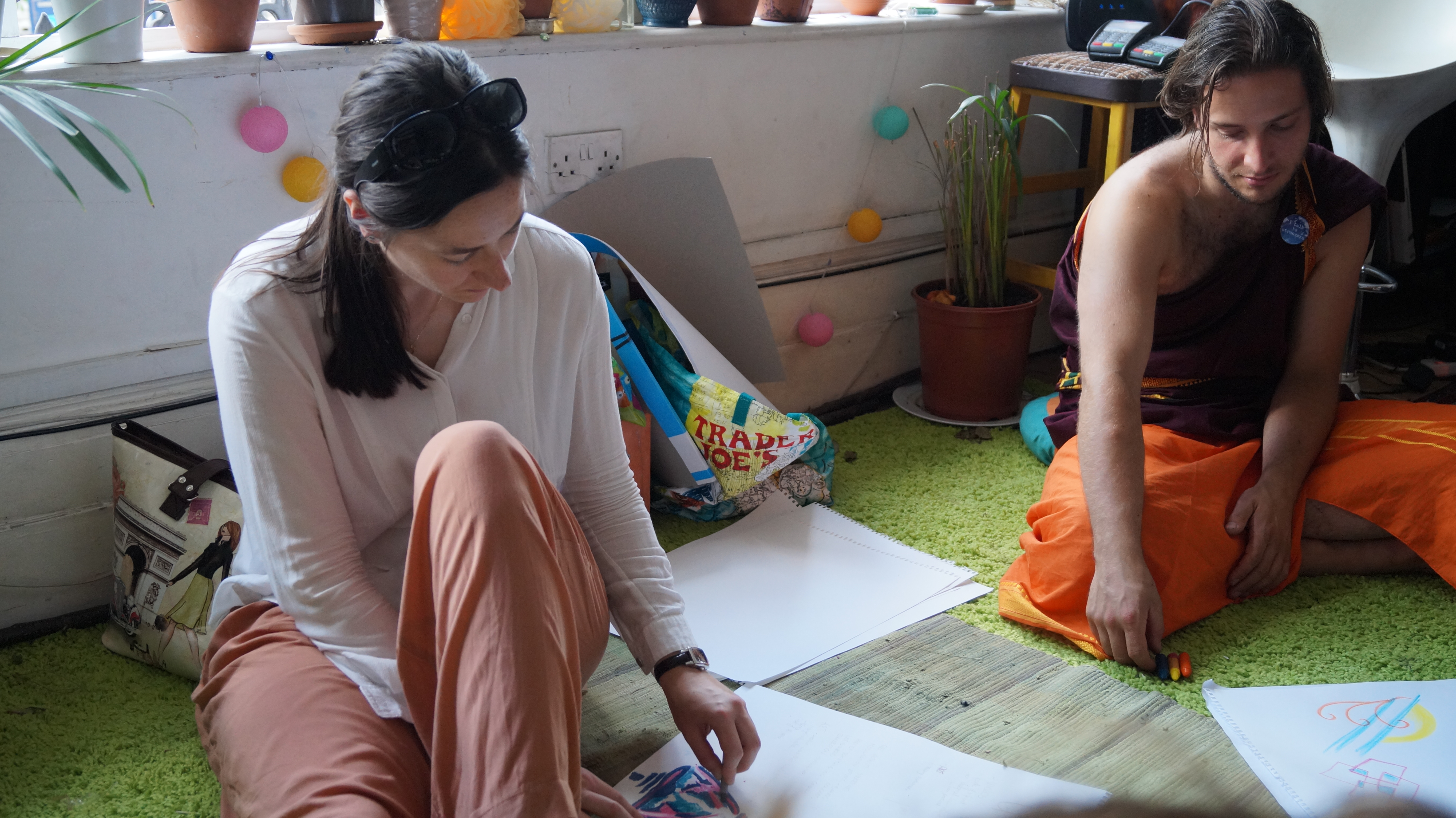 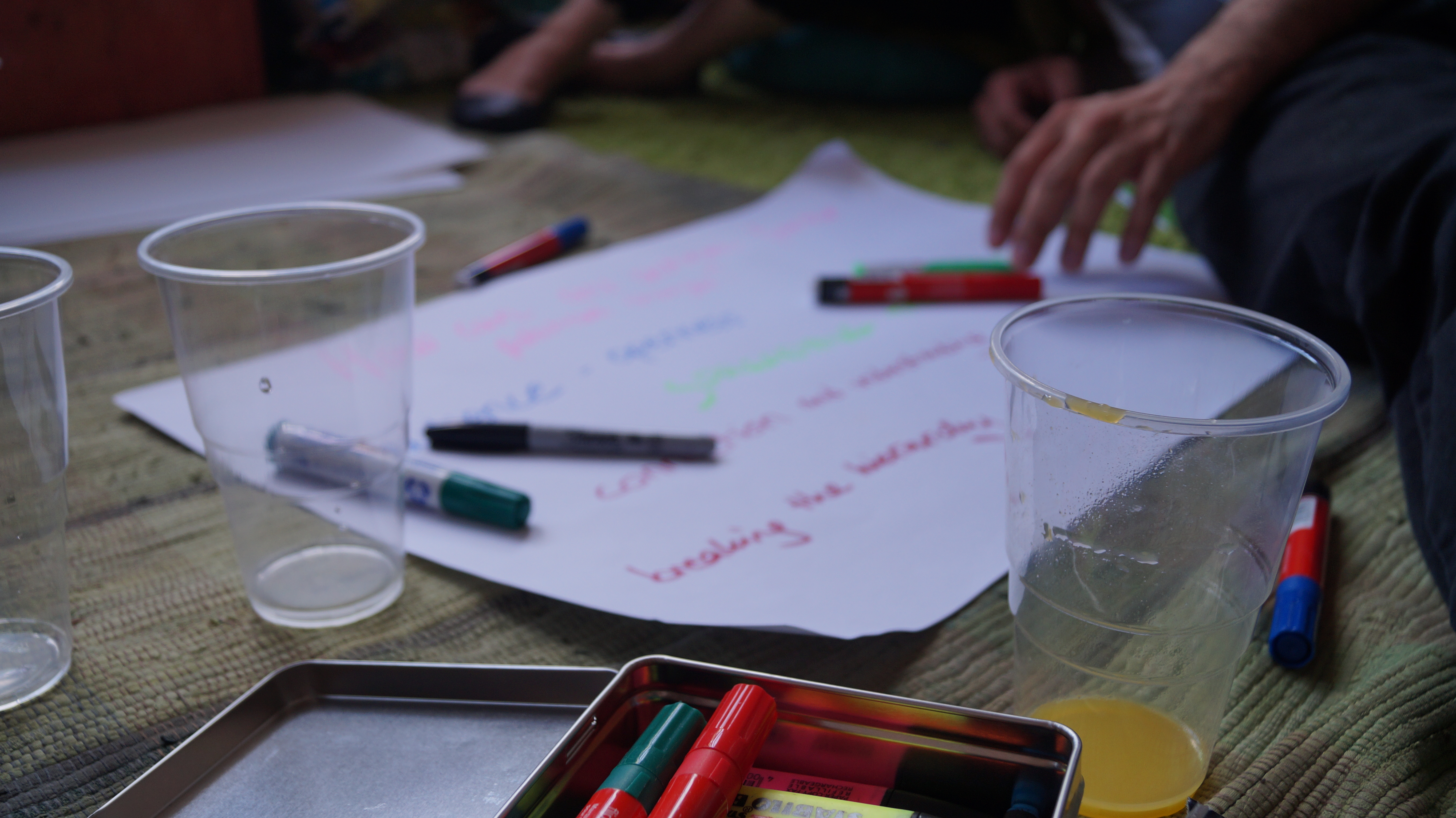 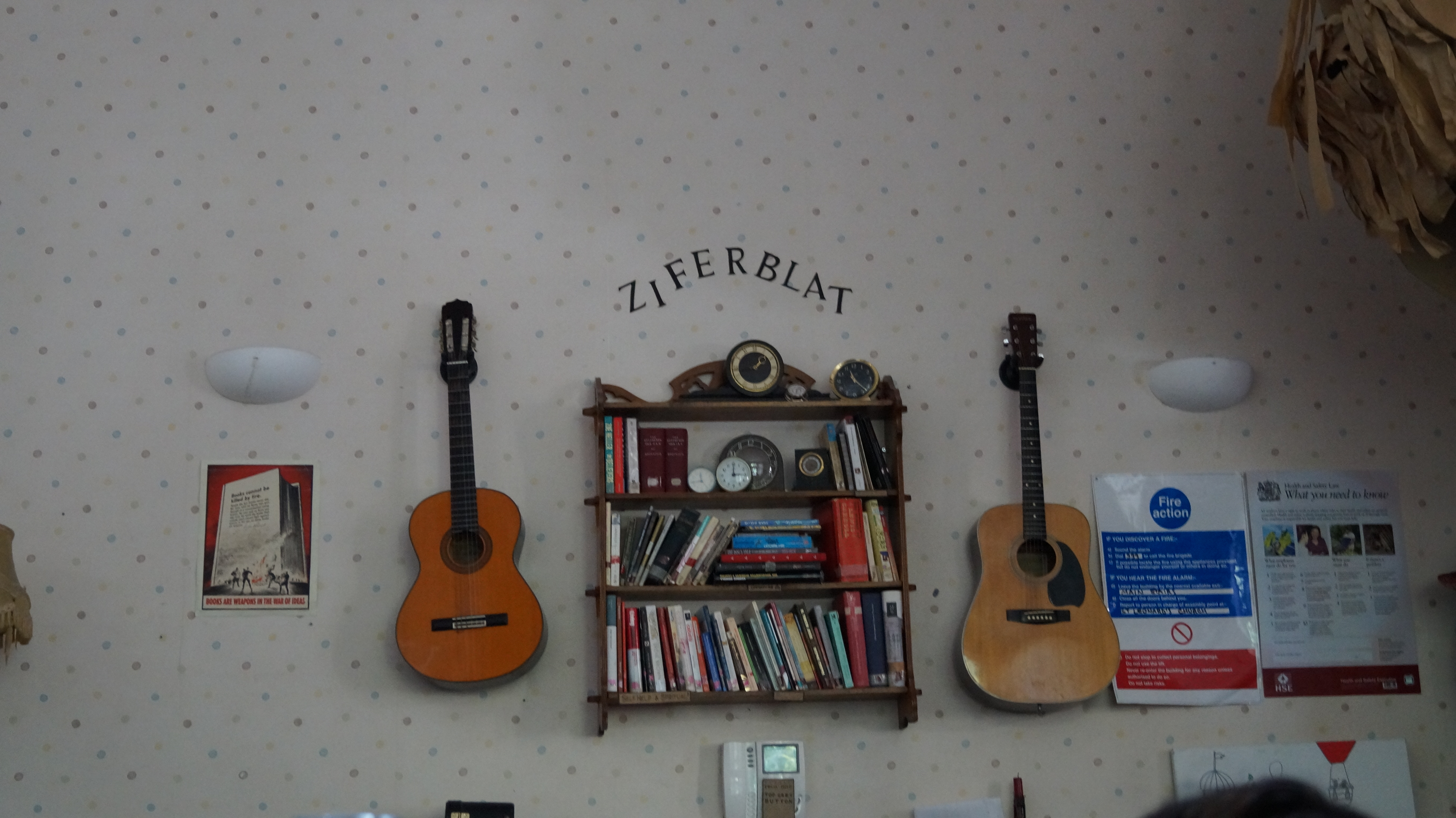 From poetry performances, renditions of protest songs like Malvina Reynolds’ ‘The World in Their Pocket’, and smaller discussions with an academic, analytic focus, it was an afternoon of fruitful conversation and comradeship.

Thank you especially to Ziferblat London for being such imaginative, wonderful hosts and for setting just the right vibe for our needs. Thanks too, to our attendees for your inquisitive insights and ideas. And if you missed this event, not to worry – watch this space for more!