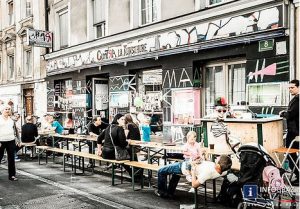 The colourful and highly politicised atmosphere of Cuntra la Cultra in Graz, Austria provided the perfect location for the second international pop-up GAPA event “Pro & Cuntra – eine open space Diskussion über Kunst, Politik und Aktivismus”, which was held on 31st August! Cuntra la Cultra was founded in an area of Graz characterised by locals as “dangerous” due to the numerous migrants. Tatjana, the founder of Cuntra, described that she wanted to create a space where everyone could speak to everyone, without the political, cultural or ethnic boundaries dictated by the reputation of the area. Indeed, since the café opened earlier this year, it has been reported that intercultural dialogue has increased dramatically, rendering the entire Gries square a friendly and inviting, multi-cultural place. In its political endeavours, Cuntra has often involved artists and young “free culture creators” (German: freie Kulturschaffende) in its visions, often exhibiting political works, hosting poetry slam events, discussion evenings, and much more together with other “alternative” cafés and groups in the area. In this context, hosting a second GAPA event seemed like the perfect opportunity to expand the GAPA community, to network, to become active and of course, to practice our German! 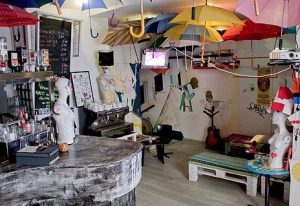 Pro & Cuntra attracted several interested people from all spheres of life, ranging from students to artists, political advisors to freelancers, activists to members of a political party. Whilst enjoying a lively discussion about the networking opportunities developing rapidly, it quickly became clear that a major obstacle to practicing “radical art activism” were the legal situation and regulations of Austria in relation to public demonstrations and spectacles. In this context, the question arose what responsibility an artist in this context might have, so whether to be radical and to ignore the existing boundaries, or to remain within the framework that is given. A strong dichotomy emerged between what is willed and what is allowed, raising the question if artists and free culture creators were in fact the fore-runners of an alternative political discourse, or were too marginalised and (legally) constrained to actively make use of that status and to create room for change.

In order to overcome this dichotomy, three discussion groups formed, each with the goal of creating their own small project in Graz to raise awareness for political and artistic innovation, to make concrete demands to those in power, and to create projects in a targeted manner. It quickly crystallised that in the Austrian context, one of the main discussion points at the moment was values, particularly in the religious context. The ideas of “purity”, “family”, “saviourism” and “being proper” are not only deeply engrained in Austrian society, but have also come to light in the recent political context where Austria’s populist right-wing party, the Freedom Party (FPÖ) is gaining seemingly unstoppable momentum. In the discussion, the idea was born to create an activist actors’ group in Graz, who are planning to create small sketches on the topics of values and religion, to be displayed in large public spaces in Graz. Cuntra la Cultra emerged as a fitting place to meet, discuss, and to continue fostering the discourse with like-minded people, those interested, and those critical of the alternative political discourses possible! 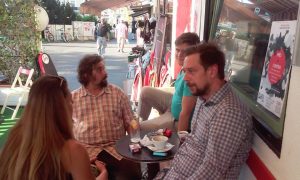 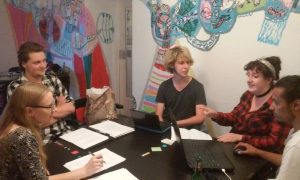 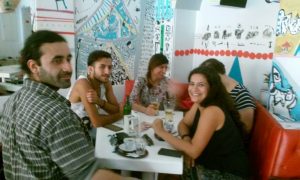 GAPA is pleased to announce that we have entered into a partnership with Cuntra la Cultra, which means that this Pro & Cuntra event was only the kick-off event in a larger series of art activism related activities! We would like to thank Cuntra for the wonderful cooperation and are extremely excited to have extended our international network even more!