GAPA is delighted to introduce you to Mazigh, a poet/activist of Amazigh origin from the town of Ifran in the Infusen (Nefusa) mountain region of Libya. Mazigh is the co-founder of TIRA for research and studies based in Tripoli. TIRA works on Amazigh cultural promotion and human rights advocacy. Mazigh is currently living in Scotland where he is an active artist and cultural promoter. 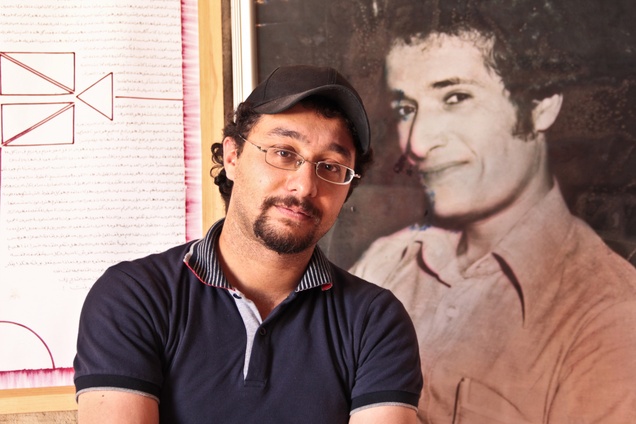 GAPA sat down with Mazigh for an extended interview to ask him about his poetry, the situation of his community, and what needs to be done to have their voice heard. His poetry is largely based around his local culture, traditions and heritage and thereby describes the many realities of life in the region. Also, his poetry is written in Mazigh’s mother tongue of Amazigh.

What is the inspiration behind your poetry? How did everything start?

I was born in the year 1981. The 1980s were years full of cultural and political movements and shifts, especially in Algeria with the Tafsut n Imazighen (the Amazigh Spring) in April 1980. Protests and demonstrations were led by students and activists of cultural movements at the University of Tizi Wuzzu-Kabyle, against the oppression and brutal regime of Algeria. But Tafsut n Imazighen had another great role and influence in the region of Tamazgha (North Africa), including Libya – its significance was deeply rooted in the minds of our people and in 2011 brought about a different wave of uprisings we call the Tamazgha Spring.

My poetry all started from home. My dad is a poet, and he wrote most of his poems in Tamazight. His poems talk and describes our Amazigh mountain tradition and culture. My twin brother does poetry as well.

I would say that especially the poems written by one of the modern Amazigh intellectual poets from town of Jadu in the Infusen (Nefusa) mountain region called Said Sifaw were a great inspiration. His poems are philosophical, question and rebel against the odds of our society. Arabised and Islamised for centuries, our society changed dramatically even though they continued to struggle to preserve the language, but in their inner thoughts they are still considered as Muslims and sometimes Arabs. Sifaw’s poems were the awakening bell to this traumatised society, who were on the edge road of being lost.

Sifaw wrote several poems before he died in 1994 and many of his poems were turned into song-lyrics by a well-known singer and political activist called Ferhat Mehenni from Kabyle in Algeria. In Idles-nnwen (“Your culture / our identity”), Sifaw speaks about the struggle between oblivion and memories, and the death of illusion (Satan & God). 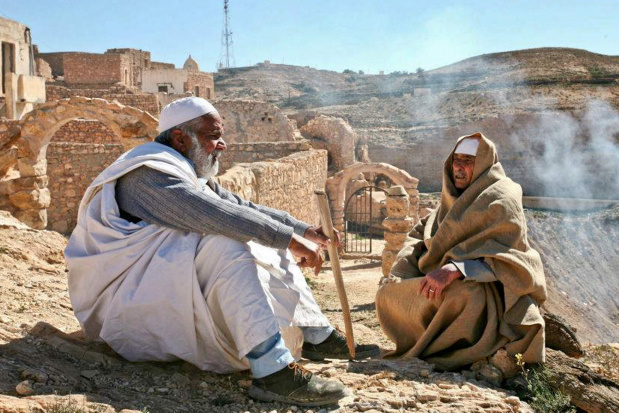 Our particular Amazigh poetry lacks a strong preservation compared to the productions of Morocco and Algeria, which are significant. I choose to write poems in Amazigh as a means of expressing myself, my thoughts, and my identity as Amazigh from a forgotten nation in forgotten mountains. We need to emerge a modern form of Amazigh poetry to be introduced to and present in the modern cultural stage. 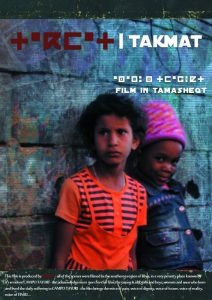 I first wrote poems anonymously as “IFRI” in the journal TAWIZA. Later on, I used my real name. I did prepare a collection of poems which I had registered with ISBN in Libya, but it has not been published yet and remains a draft.

I also made a few short film documentaries in 2013, but unfortunately missed the opportunity for a film screening at the Ifni International Film Festival of the Southern Region 2013 (Festival international d’Ifni du cinema du sud) in Morocco.

Do you consider your work political?

I would say it’s political, it does describe much on the situation of our social, cultural and political life. As mentioned, looking at the reality of our society we have faced many changes and these changes you may say also change the socio-politics and economics within the region of Tamazgha (North Africa) and specifically in my hometown in the mountains.

How have people (locally, and non-locally) reacted to your work?

Most of my poems were published in monthly journal a paper print called TAWIZA in Rif region (North of Morocco). The journal was very supportive towards Amazigh literature from Infusen (Nefusa) mountain and the At-Willul (Zwara) region. Even considering that the amount of Amazigh literature in production is small, there is interest by several Amazigh print and digital media (Newspapers, Journals, websites, …etc) in Morocco, Algeria and also in diaspora.

What do you see as the way forward for your local community?

Our Amazigh society has to express itself more and continue to contribute to the global cultural arena. We need to create robust cultural transformation, to move from oral literature to written literature. There are so many talents and creative Amazigh artists and writers from the Amazigh regions in Libya, and what they need is their voice to be heard.

All photos are from the Global Mail’s interview with Mazigh.