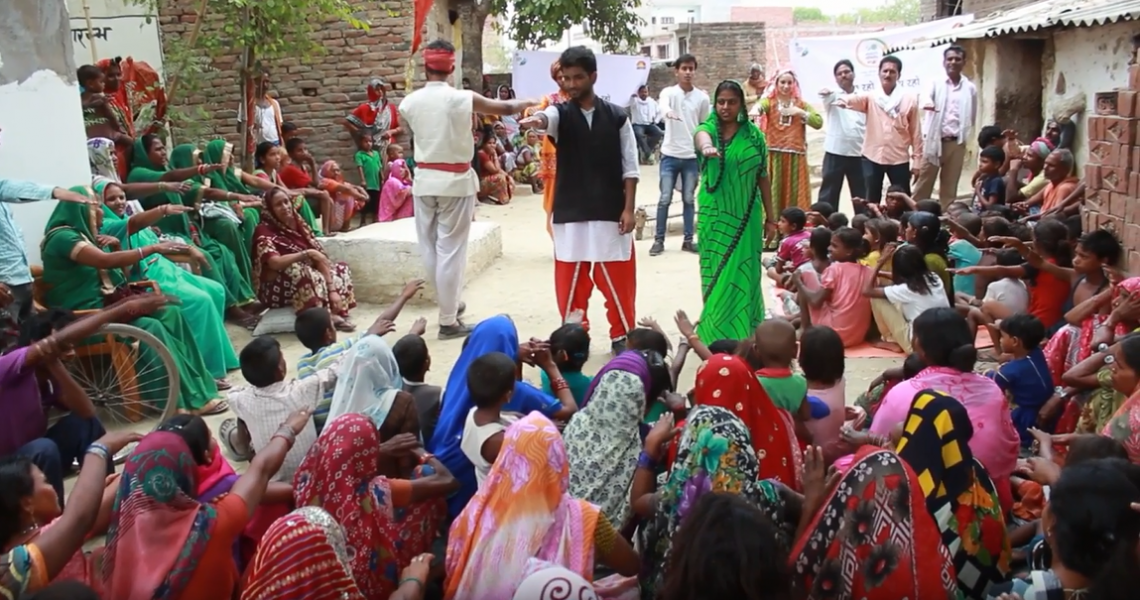 When the sagacity of some of the tallest leaders of the world converged at the dawn of new millennium, they determined to take a leap forward in uplifting the life standards of those left behind and set the ‘Millennium Development Goals’. Among the eight goals documented in the charter, one was to ensure basic sanitation under the head of Environmental Sustainability. Ironically, many materially and technically advanced nations still had a significant proportion of their populations left to defecate openly.

India serves a classic case. It is the third largest economy, only the fourth country to possess a nuclear triad, and the only country to reach Mars in the first attempt. Despite India’s urban population raising their standard of living to that of global metropolises, it has another grim face too – a whopping 564 million citizens in the countryside without access to improved sanitation. This paradoxical combination of precarious and prosperous ‘Indias’ existing together lead Nobel Laureate Amartya Sen and his long-time collaborator, Jean Drèze, to undertake a thought-provoking survey entitled ‘An uncertain glory: India and its contradictions’ that challenges the idea of growth, given the asymmetrical shape of prosperity in India. 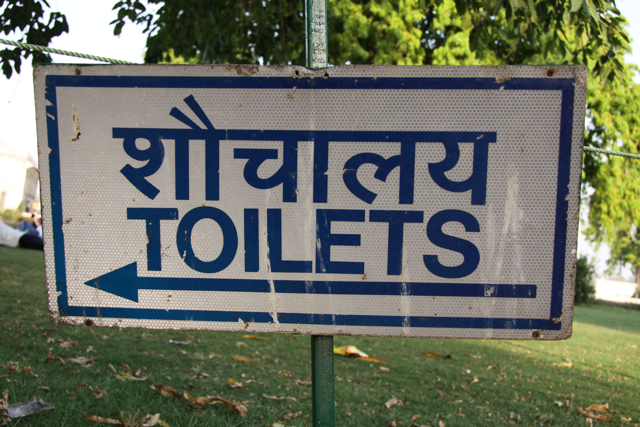 India’s public discourse has a bold rhetorical element pressing for cleanliness. While still fettered under the British imperialism, Mahatma Gandhi claimed like a clarion, ‘sanitation is more important than political independence’. More recently prime minister Narendra Modi spoke out, saying that ‘toilets are more important than temples’ – an extreme departure by a candidate of a right-wing Hindu camp that won a national election in the previous decade on the poll plank of a disputed temple in Ayodhya. These audacious rhetorical attempts across decades were not enough to penetrate the layers of India’s social hierarchy and awaken citizens from their deep slumber of indifference towards public hygiene, social aesthetics, and environmental sustainability.

The transformation demanded a kindling of personal commitment through grassroots activities. Here, a palliative combination of art and activism can prove more effective than administrative mechanism. Fortunately, many NGOs came to the fore to share the government’s pan-India mission called ‘Swachh Bharat Abhiyan’, or Clean India Drive, commemorating the sesquicentennial anniversary of Mahatma Gandhi’s birth. One among many such attempts was undertaken by a nascent NGO called the Tulika Foundation in New Delhi. As a part of their initiative, a performing troupe toured some one hundred or so villages in the first phase and performed ‘street-plays’ on a social theme encapsulating the message to build toilets at home. 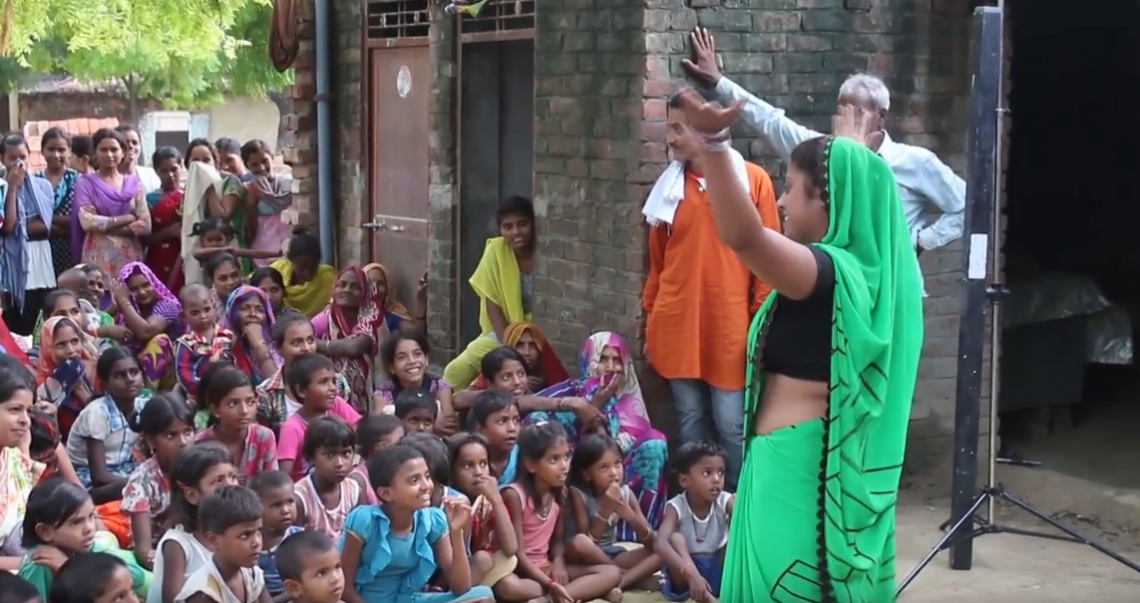 Street plays, a crude form of performing arts, were deliberately chosen over other communication means like audio-visual presentations, animation movies, printed literature, and others. Witnessing enactment of episodes from the sacred epics of Hinduism is the most antique yet extant form of recreation in India. Though innovative modes of entertainment like radio and television have penetrated every corner in urban India, some 18,452 villages were still out of reach of electricity as of April, 2014. This ‘dark India’ is actually accustomed to performing arts of troupes as the best, or sometimes only, mean of entertainment.

Even in those areas where modernity has permeated, India’s tryst with cultural antiquity is exceptional. For India, cultural continuity with the past is so great, writes anthropologist Milton Singer in his much-known monograph ‘Transformation of a Great Tradition’, that even the acceptance of modernizing and progress ideologies do not result in linear forms of social and cultural change. What Singer means here is that modernity does not supplant antiquity, rather cultural antiquity stays dominant in a compartmentalized yet simultaneous existence of both. Thus, in the organizers’ rationale, other innovative means may evoke external pleasure, but this quotidian art form, so socially and culturally embedded in the lives of rural denizens, shall prove psychologically fertile to translate the didactics of sanitation into action. 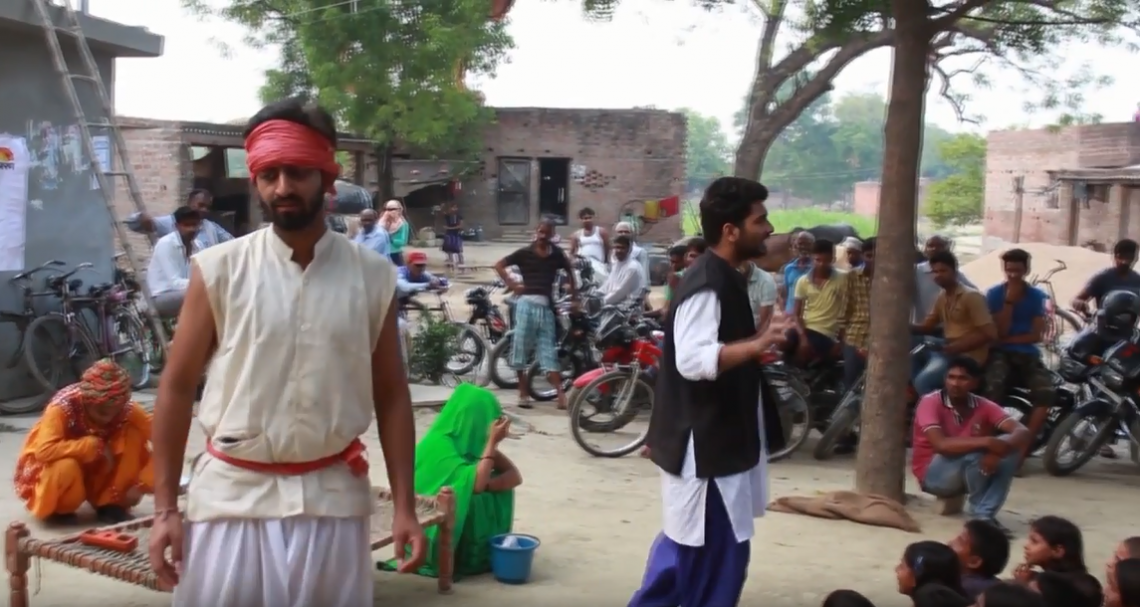 Sam Adoquei, the famous African-American painter, once commented that a painting without a clarifying message is like a wallpaper. Adoquei’s emphasis is on what Hegel dichotomizes as the conception vs. the sensuous phenomena in art. In this case, to complement an endearing and engaging art, an apt and apposite conception was necessitated. For millennia, Indian society was segregated in terms of caste and class. This social conformation was further vertically divided on the lines of language, faith, gender, etc. Amidst this chequered social fabric, each individual construed a distinct ‘social ego’ that was cardinally situated at a unique rung in the social ladder. Thus, a male village-head or landowner of higher caste had greater social capital than a mediocre farmer of lower social caste, which was further succeeded by socially ‘untouchable’ female labour involved in some menial work, and so on. This was a collective reality deeply ingrained in rural India that was still immune to modernity or social change.

To drive a behavioural change through performing art, a new social fault-line was introduced through a sense of positive social discrimination. The theme of the street-play literally divided families into the ones that had toilets at home and ones that did not. A toilet, as an amenity, was used a marker of social inequality. Modelling along the lines of caste, where social origins determined endogamy and commensality, a virtual sub-group was conceived of in the play that redefined endogamy with a toilet at home as a social stipulation in choosing the groom. Thus, for those openly defecating, a new ‘social ego’ was projected that would blend with an inherent psychological tendency to mobilise upward, culminating in the motivation to build a toilet at home.

For this social sphere of India, characterized by regressive numbers of illiteracy, open defecation was not a sin. It was indispensably normative in their collective worldview, what sociologist Michael Sahlins define as ‘mythopraxis’, for any message of aesthetics, hygiene or sustainability to neutralize it as effectively as this social experiment can. Unfortunately, we do not have any ethnographic statistics for the efficacy of various means deployed to create awareness for sanitation to take a comparative call.

However, this attempt at combining art with a relevant and urgent social message seems interesting and influential based on the visual evidence of engagement and the number of pledges made, which were tangible changes observed later. Let us hope that we see more such experiments where the art of ‘old India’ and activism of ‘new India’ brings some positive social change! 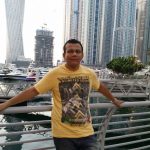 Chirayu Thakkar (@thakkarchirayu) is a researcher in Religious Studies and South Asia and is extensively trained in Religious Studies, particularly in Hinduism. Currently, he is associated with the University of Chester in the UK. He writes on the interplay between religion and various other disciplines, especially in South Asia.