GAPA’s artist of the month is Lucas Charlie Rose, a Montreal-based, French-born hip-hop artist. Lucas Charlie Rose’s music is entangled with his fight for the rights of black trans people. He plays with a wide range of topics, from love and the joy he experiences in his community, to his struggles in a world that considers him a second-class citizen.

He discussed with GAPA his engagement in his community, being a black trans artist in the hip hop industry, and subverting the image of trans people through his music.

Some people write diaries to reflect on who they are; I write songs.

GAPA: Your lyrics often talk about love, community, and identity. Why is it important for you to talk about these topics through your music?

Lucas Charlie Rose: Music has always been my favourite language, whenever I felt like I couldn’t express myself properly, like people didn’t understand me, I would run to music and use this as a way to communicate my feelings with the world. And even though today I’m making a career out of it, the way I use music hasn’t changed. And I hope it never will change, because the lyrics that come out of it are so real.

In the end that’s what’s important to me: keeping it real. I always want my music to reflect who I am and not some fictional character I’m using as a brand. My lyrics are 100% me and my identities, communities and love are three things that define me.

GAPA: What role does talking about these topics play in your writing process?

LCR: Because I have always used music to express myself, writing comes very naturally to me and I believe that if I have to force the lyrics out of my pen, they won’t be reflecting who I truly am and will sound “off”. Or that I will eventually run out of things to say. But if I keep talking about who I am, about the things that I really care about, that can only help me grow as a person.

Some people write diaries to reflect on who they are; I write songs.

GAPA: What does it mean to be a black trans artist and to make rap music today? How controversial is it for you to claim that you are “black, trans, and living” in your songs?

LCR: People only care about us when we die. Whenever I see a black trans person making headlines it’s because something tragic happened to them and it’s exhausting.

I was homeless at some point, something almost half of black trans folks experience at some point in their life, and I was posting about it on Facebook but nobody really came to help. All the trans organisations I had done free work for in the past were silent, nobody cared. At the same time, I was seeing them all sharing articles about how black trans people are being murdered and it was exhausting. Because it’s like, what about us now? You’re talking about how you care about our deaths on social media but when we’re asking to be fed, loved, respected, supported, uplifted, nobody is there.

The conditions most of us have to live in, that’s not life.

In this society, black trans people aren’t living, they are surviving. So for me to write a song saying ‘I’m black, trans & I’m living’, it goes so much beyond just saying that I’m alive. When I say that I’m living I’m saying that I’m enjoying my life. I’m making music, I’m touring, I’m surrounded by love and I’m living my biggest dreams. I want my joy to make headlines. That in itself is revolutionary.

Because there is so much talent in this community and I really believe that everybody can benefit from listening to what trans people have to say, in a language that is universal: Music.

GAPA: You are currently involved in a project called “Trans Trenderz”. Can you tell us a bit more about it? Why is it important for you to get your community involved in your music?

LCR: I didn’t create the Trans Trenderz to get my community involved in my music, it’s quite the opposite actually. I wanted to share my skills with my community so that trans people could finally have a platform to showcase their talent. I knew so many folks with ridiculous musical talent but who didn’t have any resources to produce professional music.

It gave me the idea to start the Trans Trenderz. Originally, “Trans Trenderz” was just the name of the mixtape we were planning on putting out. I was basically offering folks exclusive rights to one of my beats, to mix and master their track professionally and promote it in exchange for them letting me put it on the mixtape. What came out of it was so much bigger than what I originally intended. The Trans Trenderz became like a family. And on November 6th, 2016 we released the world’s first trans hip hop mixtape, which features 14 artists, during a live launch in New York City.

I want my joy to make headlines. That in itself is revolutionary

The feedback I got from folks attending the launch and listening to the mixtape was overwhelmingly positive. People said that the Trans Trenderz were giving them hope, making them feel safe and appreciated. It didn’t matter who, trans or cis, black or white, everybody felt the same way. That’s when I realized that Trans Trenderz was way more than just a mixtape.

Trans Trenderz is now a non-profit record label. The music we release and our shows will always be available on a ‘pay-what-you-can’ basis and all of our profits will go towards financing the careers of trans hip hop and pop artists. And of course, every single person involved in the project is trans.

Because there is so much talent in this community and I really believe that everybody can benefit from listening to what trans people have to say, in a language that is universal: Music. 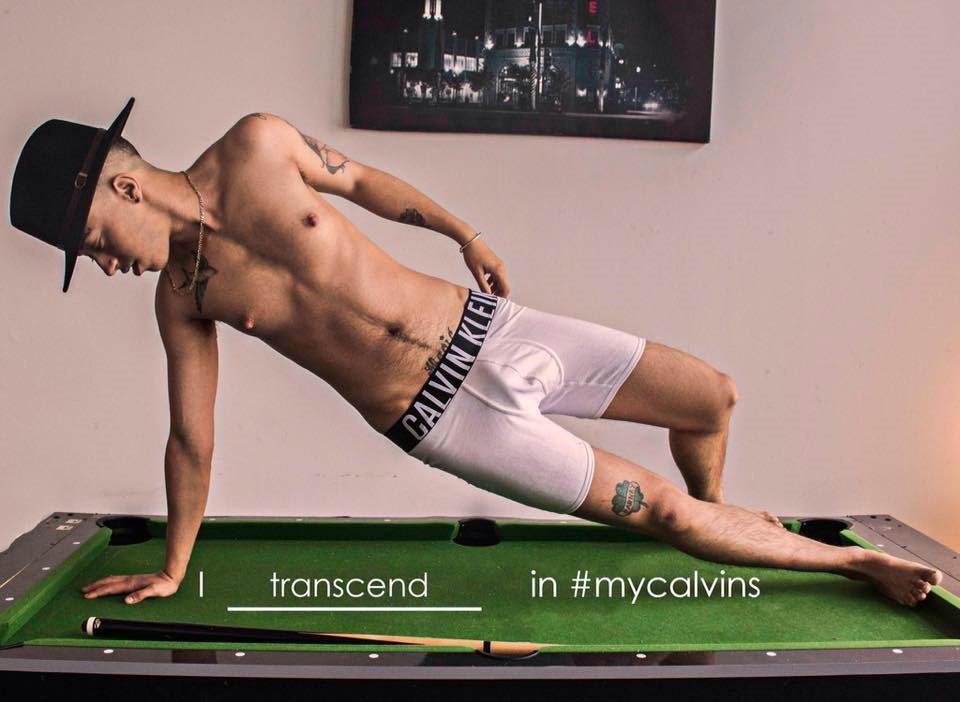 GAPA: I like the fact that your activism goes beyond the area of your music. I remember seeing your “in my Calvin” campaign and thinking “wow, this is a powerful statement”. How do you define yourself? As a musician? An activist? An artist? Would you define yourself as an “artivist”?

LCR: I don’t know how I feel about the term activist to be honest.. I am very sceptical of people who claim very loudly to be activists but have very little work to show that backs that up. Nobody should be getting medals for trying to make the world a better place, it’s your duty as a human being to do whatever you can to make sure that the planet you leave behind will be a safe place for the next generation.

I also don’t believe that fighting for my freedom to be treated as a human being is activism, it’s just human nature. In the end, I’m just fighting for the survival of me and my people. I don’t want to spend the rest of my life being seen as a second class citizen, I want my basic needs met and I want a shot at making my dreams come true. Just like anybody else.

But our bodies and narratives do not belong to the public, they belong to us.

GAPA: Your lyrics can be incredibly optimistic at times, i.e. you often rap about the faith you have in your music and in yourself. I like the fact that it clashes with a certain representation of trans people as overwhelmed by dysphoria. What is your secret to keeping this positivity?

Like I said before, I want my joy to make headlines. My life is far from easy, just like any black trans person my past is filled with trauma but that trauma isn’t what makes me trans.

I find that people love the narrative of the miserable trans person trapped in a wrong body because it makes them feel better about themselves. People sit down and watch movies about trans people being rejected by their loved ones and go “oh my god I’m glad I’m not trans, that must be so horrible” while eating popcorn. It gives them a certain ownership over our stories, even our bodies. Because if we are in the “wrong” body then we are in a body that doesn’t really belong to us. And if it doesn’t belong to us who does it belong to? People have no problem disrespecting a body when they feel like it’s in the public domain…

But our bodies and narratives do not belong to the public, they belong to us. Trans people do not transition because they hate their bodies. Trans people are trans because they don’t identify with the gender they are assigned at birth, that is it. I personally love my body and wouldn’t trade it for the world and that tends to make people uncomfortable. In their eyes, I’m supposed to hate my body unless it looks like a cis male underwear model’s. They just don’t understand, after watching all of these movies about how miserable we are, that I could possibly be both trans and love myself at the same time.

I also think that it’s very important for folks who might be thinking about whether or not they are trans. When I came out it felt like a death sentence, now my transness is what makes me feel free. I am who I am and I don’t have to hide it any more, there’s nothing more beautiful than that. 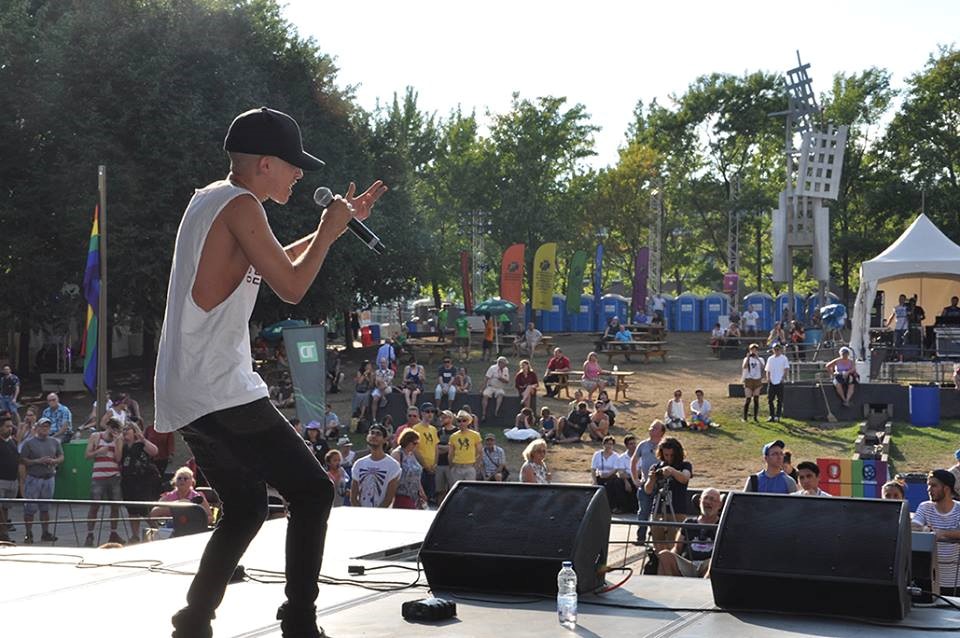 LCR: What I personally wish for 2017 is more visibility for the Trans Trenderz, and if you want to help, you can do better than wish 😉

Spread the word about Trans Trenderz to as many people as you can! Show the world that trans people are talented and deserve a chance to be in charge of their narratives. You never know whose life it could change… 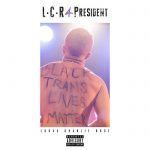 Lucas’ and the Trans Trenderz’ music is available on all platforms.